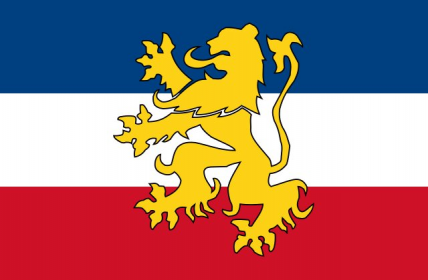 The Kingdom of Nachmere is a colossal, efficient nation, ruled by HRM King David Kashat with an even hand, and renowned for its otherworldly petting zoo, irreverence towards religion, and complete absence of social welfare. The hard-nosed, hard-working, democratic, humorless population of 9.827 billion Nachmereans have some civil rights, but not too many, enjoy the freedom to spend their money however they like, to a point, and take part in free and open elections, although not too often.

The minute government, or what there is of one, is effectively ruled by the Department of Defense, although Law & Order and Education are also considered important, while Spirituality and Social Policy are ignored. It meets to discuss matters of state in the capital city of Nachmere City. The average income tax rate is 1.3%.

The frighteningly efficient Nachmerean economy, worth a remarkable 1,820 trillion Shekel Kesefs a year, is broadly diversified and led by the Information Technology industry, with major contributions from Arms Manufacturing, Retail, and Soda Sales. State-owned companies are reasonably common. Average income is an impressive 185,255 Shekel Kesefs, and evenly distributed, with the richest citizens earning only 3.2 times as much as the poorest.

Life expectancies inside correctional facilities vastly exceed the national average, practically perfect royal toddlers tend to say "regrettably not at this juncture" rather than "no", the nation grinds to a halt for afternoon tea, and pilots always remember to send their doctors a Maxxmas card. Crime, especially youth-related, is relatively low. Nachmere's national animal is the Lion, which is also the nation's favorite main course, and its national religion is Secular.

Nachmere is ranked 3,290th in the world and 2nd in Greater Prussia for Largest Furniture Restoration Industry, scoring 8,493.7 on the Spitz-Pollish Productivity Index.