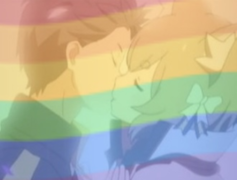 The Munie of Munie is a massive, orderly nation, ruled by Munie with an iron fist, and renowned for its fear of technology, rampant corporate plagiarism, and suspicion of poets. The hard-nosed, cynical, devout population of 3.402 billion Munies are ruled by a mostly-benevolent dictator, who grants the populace the freedom to live their own lives but watches carefully for anyone to slip up.

The relatively small, corrupt government prioritizes Industry, with Environment, Law & Order, and Education also on the agenda, while International Aid and Spirituality receive no funds. It meets to discuss matters of state in the capital city of Munie. The average income tax rate is 24.1%, but much higher for the wealthy.

The frighteningly efficient Munie economy, worth 357 trillion Munies a year, is driven entirely by a combination of government and state-owned industry, with private enterprise illegal. However, for those in the know, there is a large, well-organized, broadly diversified black market in Arms Manufacturing, Retail, Gambling, and Woodchip Exports. The private sector mostly consists of enterprising ten-year-olds selling lemonade on the sidewalk, but the government is looking at stamping this out. Average income is an impressive 105,044 Munies, and evenly distributed, with the richest citizens earning only 2.2 times as much as the poorest.

Every day at 4am Munies wake to pray for the sun to rise, the nation's official head of religious affairs is an atheist, allergy-sufferers must wear gas masks before venturing outdoors, and finding half a worm in your apple is an arrestable offense. Crime, especially youth-related, is totally unknown, thanks to a capable police force and progressive social policies in education and welfare. Munie's national animal is the Munie, which teeters on the brink of extinction due to widespread deforestation, and its national religion is Munie.