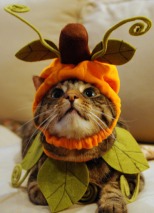 The Fabulously Decolonized Union of Mundiferrum is a gargantuan, environmentally stunning nation, ruled by Eirene I of Idlewild with an even hand, and renowned for its national health service, keen interest in outer space, and stringent health and safety legislation. The compassionate, democratic, cheerful, devout population of 21.21 billion Mundiferrorum have some civil rights, but not too many, enjoy the freedom to spend their money however they like, to a point, and take part in free and open elections, although not too often.

The government — a sprawling, bureaucracy-choked, corrupt morass — juggles the competing demands of Education, Healthcare, and Environment. It meets to discuss matters of state in the capital city of Gladialbus. The income tax rate is 100%.

The frighteningly efficient Mundiferri economy, worth a remarkable 4,020 trillion P-Funds a year, is driven entirely by a combination of government and state-owned industry, with private enterprise illegal. The industrial sector, which is quite specialized, is mostly made up of the Tourism industry, with significant contributions from Information Technology and Book Publishing. Average income is an impressive 189,580 P-Funds, and distributed extremely evenly, with little difference between the richest and poorest citizens.

The realistic depiction of tentacles is on the core syllabus of most art schools, sales of disinfectant wipes have skyrocketed, the government is more interested in identifying problems than fixing them, and modelling agencies send their clients to work in nursing homes. Crime is totally unknown, thanks to a very well-funded police force and progressive social policies in education and welfare. Mundiferrum's national animal is the Cat in a Pumpkin Costume, which frolics freely in the nation's many lush forests, and its national religion is Isolandian Orthodoxy.

Mundiferrum is ranked 272,635th in the world and 11,608th in The East Pacific for Most Avoided, scoring 0.36 on the Kardashian Reflex Score.