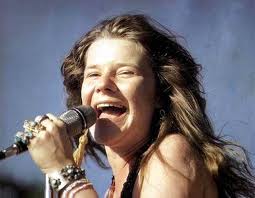 Freedom is just another word for nothing left to lose.

The Wondrous Voice of Ms Bobby McGee is a gargantuan, socially progressive nation, ruled by Pharaoh Sunshine Goddess with an even hand, and remarkable for its state-planned economy, punitive income tax rates, and stringent health and safety legislation. The quiet, industrious population of 17.156 billion Ms Bobby McGeeans enjoy extensive civil rights and enjoy a level of social equality free from the usual accompanying government corruption.

The enormous, socially-minded government juggles the competing demands of Welfare, Social Policy, and Education. The average income tax rate is 72.9%, and even higher for the wealthy.

The large but underdeveloped Ms Bobby McGeean economy, worth 554 trillion Johnny Cashes a year, is driven entirely by a combination of government and state-owned industry, with private enterprise illegal. However, for those in the know, there is a slick, highly efficient black market in Book Publishing, Tourism, Information Technology, and Beef-Based Agriculture. The private sector mostly consists of enterprising ten-year-olds selling lemonade on the sidewalk, but the government is looking at stamping this out. Average income is 32,301 Johnny Cashes, and distributed extremely evenly, with practically no difference between the richest and poorest citizens.

Conductors wield diamond-encrusted batons to fit in with their freshly gilded surroundings, the newspaper industry is subsidised by the government in order to keep it afloat, companies struggle to cover for the hordes of employees on parental leave, and violently opinionated speakers can be heard preaching their hateful views on every street corner. Crime is totally unknown, thanks to a capable police force and progressive social policies in education and welfare. Ms Bobby McGee's national animal is the Kitten, which frolics freely in the nation's many lush forests, and its national religion is Hippie Love.

Ms Bobby McGee is ranked 164,835th in the world and 8th in The Feminist Region for Highest Disposable Incomes, with 8,669.65 Standard Monetary Units.

Most Recent Government Activity: 47 days ago