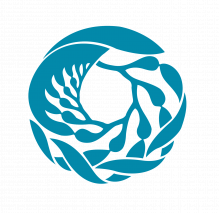 To Inspire Conservation Of The Oceans

The Environmentalists of Monterey Bay Aquarium is a gargantuan, cultured nation, ruled by Julie Packard with an even hand, and remarkable for its national health service, free-roaming dinosaurs, and keen interest in outer space. The compassionate, hard-working, cheerful population of 23.273 billion Monterey Bay Aquarists have some civil rights, but not too many, enjoy the freedom to spend their money however they like, to a point, and take part in free and open elections, although not too often.

The enormous government juggles the competing demands of Education, Environment, and Healthcare. It meets to discuss matters of state in the capital city of The Great Tide Pool. The income tax rate is 100%.

The frighteningly efficient Monterey Bay Aquariumian economy, worth a remarkable 7,520 trillion kelps a year, is highly specialized and led by the Book Publishing industry, with significant contributions from Tourism and Information Technology. Average income is an amazing 323,149 kelps, and evenly distributed, with the richest citizens earning only 2.0 times as much as the poorest.

Human tissue is grown in vats as a delicacy as well as for transplants, nobody is allowed to stop the local daycare from reading Nietzsche to pre-schoolers, failed genetic experiments wreak havoc as they roam the countryside, and the ban on cars has been repealed. Crime is totally unknown. Monterey Bay Aquarium's national animal is the sea otter, which frolics freely in the nation's sparkling oceans, and its national religion is Animism.

Monterey Bay Aquarium is ranked 7,876th in the world and 1st in Monterey for Highest Wealthy Incomes, with 448,521 Standard Monetary Units.