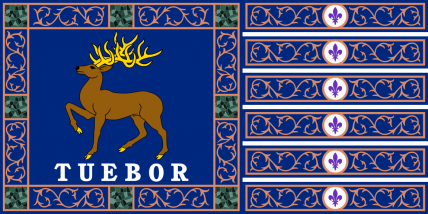 Thy Lake-Bound Shores I Long to See, My Michigan

Michigan and The Lakes

The Most Serene Republic of Michigan and The Lakes is a very large, cultured nation, notable for its public floggings, multi-spousal wedding ceremonies, and absence of drug laws. The hard-nosed, hard-working population of 145 million Michiganders have some civil rights, but not too many, enjoy the freedom to spend their money however they like, to a point, and take part in free and open elections, although not too often.

The medium-sized government juggles the competing demands of Education, Welfare, and Law & Order. Citizens pay a flat income tax of 19.8%.

The strong Michigander economy, worth 9.62 trillion NS Dollars a year, is broadly diversified and led by the Information Technology industry, with major contributions from Tourism, Basket Weaving, and Retail. Average income is 66,361 NS Dollars, with the richest citizens earning 5.6 times as much as the poorest.

Cases of disease among the civilian population dwindle as civilian population dwindles, the nation leads Gay in per capita stalking, Leader's new android secretary is the latest media darling, and Leader's new door-knocking campaign has the sweet taste of success. Crime is totally unknown, thanks to a capable police force and progressive social policies in education and welfare. Michigan and The Lakes's national animal is the Stag.

Michigan and The Lakes is ranked 105,107th in the world and 81st in Gay for Most Rebellious Youth, scoring zero on the Stark-Dean Displacement Index.