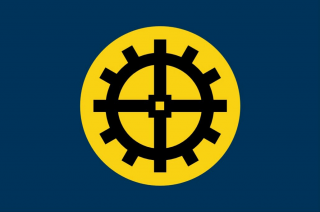 The Unholy Commonwealth of Melehan is a gargantuan, cultured nation, ruled by Melia Volu with an even hand, and remarkable for its anti-smoking policies, otherworldly petting zoo, and compulsory military service. The compassionate, democratic population of 14.639 billion Melens enjoy extensive civil freedoms, particularly in social issues, while business tends to be more regulated.

The enormous government juggles the competing demands of Education, Healthcare, and Environment. It meets to discuss matters of state in the capital city of Melaris. The average income tax rate is 95.5%.

The frighteningly efficient Melehanian economy, worth a remarkable 2,304 trillion Scales a year, is highly specialized and mostly made up of the Information Technology industry, with significant contributions from Tourism and Book Publishing. State-owned companies are common. Average income is an impressive 157,411 Scales, and distributed extremely evenly, with little difference between the richest and poorest citizens.

The news is showing footage of Melia Volu bullying an old man to the point of tears, most households' childcare costs are higher than their mortgage payments, rumor has it that Melia Volu has won three lotteries in a row, and the Museum of Blackacrean War Crimes is located on "Blackacre Did Nothing Wrong Avenue". Crime is totally unknown, thanks to a capable police force and progressive social policies in education and welfare. Melehan's national animal is the Amphiptere, which frolics freely in the nation's many lush forests, and its national religion is Existentialism.

Melehan is ranked 1,593rd in the world and 2nd in Wintreath for Most Advanced Public Education, scoring 21,269.84 on the Edu-tellignce® Test Score.