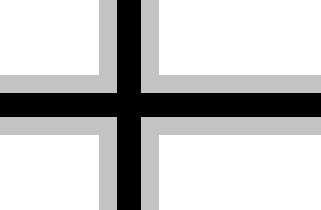 Not Plane, Nor Bird, Nor Even Frog

The Republic of Mazy City is a gargantuan, cultured nation, ruled by Edward H Loll with a fair hand, and remarkable for its compulsory military service, irreverence towards religion, and spontaneously combusting cars. The compassionate, hard-working, democratic population of 16.198 billion Mazy Cityians live in a state of perpetual fear, as a complete breakdown of social order has led to the rise of order through biker gangs.

The medium-sized, pro-business, outspoken government juggles the competing demands of Education, Welfare, and Defense. It meets to discuss matters of state in the capital city of Wahpeton. Citizens pay a flat income tax of 28.4%.

The powerhouse Mazy Cityian economy, worth a remarkable 1,411 trillion Coins a year, is broadly diversified and led by the Book Publishing industry, with major contributions from Tourism, Information Technology, and Beef-Based Agriculture. Average income is 87,169 Coins, but there is a significant disparity between incomes, with the richest 10% of citizens earning 307,939 per year while the poor average 17,834, a ratio of 17.3 to 1.

The latest Harry Potter book is a bestseller, eminent domain has been abolished, one-stop superstores divide and conquer family businesses, and Mazy Cityian police have to pay out of their own pockets for bulletproof vests. Crime, especially youth-related, is almost non-existent. Mazy City's national animal is the Forest Oyster, which frolics freely in the nation's sparkling oceans.

Mazy City is ranked 35,062nd in the world and 2nd in State of North Dakota for Smartest Citizens, with 44.6 quips per hour.