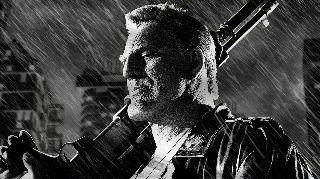 Is that the best you can do, you pansies?

The Free Land of Marv Island is a gargantuan, safe nation, ruled by John Hartigan with a fair hand, and notable for its free-roaming dinosaurs, digital currency, and frequent executions. The hard-nosed, hard-working, democratic, humorless population of 10.019 billion Marvins hold their civil and political rights very dear, although the wealthy and those in business tend to be viewed with suspicion.

The relatively small, outspoken government prioritizes Defense, although Law & Order, Healthcare, and Industry are also considered important, while Spirituality and Welfare receive no funds. It meets to discuss matters of state in the capital city of Sin City. Citizens pay a flat income tax of 8.4%.

The all-consuming Marvin economy, worth a remarkable 1,332 trillion chips a year, is broadly diversified and led by the Arms Manufacturing industry, with major contributions from Tourism, Beef-Based Agriculture, and Automobile Manufacturing. Average income is an impressive 132,994 chips, with the richest citizens earning 9.0 times as much as the poorest.

Birth rates have hit an all-time low, the average cargo freighter spends more than half its service life undergoing safety inspections, advertisers scramble to sponsor the broadcast of John Hartigan's most personal functions, and neighbouring countries pay to situate their nuclear power plants in Marv Island. Crime is totally unknown, thanks to a capable police force and progressive social policies in education and welfare. Marv Island's national animal is the unrepentant sinner, which frolics freely in the nation's many lush forests.

Marv Island is ranked 37,706th in the world and 646th in the Rejected Realms for Largest Information Technology Sector, scoring 7,563.24 on the Fann-Boi Productivity Index.