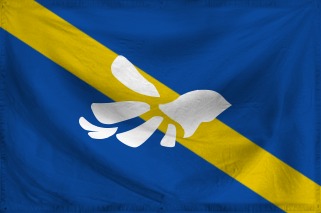 The People's Monarchy of Leirkra is a gargantuan, environmentally stunning nation, ruled by Lady Eunsae with an even hand, and remarkable for its multi-spousal wedding ceremonies, anti-smoking policies, and restrictive gun laws. The compassionate, democratic population of 12.231 billion Leirkranians have some civil rights, but not too many, enjoy the freedom to spend their money however they like, to a point, and take part in free and open elections, although not too often.

The government — a sprawling, bureaucracy-choked morass — juggles the competing demands of Education, Healthcare, and Environment. It meets to discuss matters of state in the capital city of Reiden City. The average income tax rate is 98.8%.

The frighteningly efficient Leirkran economy, worth a remarkable 1,789 trillion Leirkan Notes a year, is highly specialized and mostly made up of the Information Technology industry, with significant contributions from Automobile Manufacturing. State-owned companies are reasonably common. Average income is an impressive 146,274 Leirkan Notes, and distributed extremely evenly, with little difference between the richest and poorest citizens.

Children must be board certified to append "Jr" to their name, a favorite "life hack" for gap year backpackers is to pretend to be homeless for government handouts, annual Formula One races bring the capital to a screeching halt, and high school bands practice by moonlight. Crime is totally unknown, thanks to a very well-funded police force and progressive social policies in education and welfare. Leirkra's national animal is the grass owl, which soars majestically through the nation's famously clear skies.