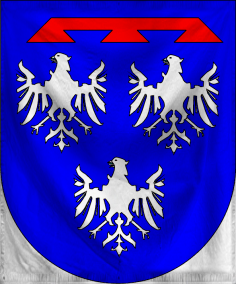 The Vinificating Republic of Leiningerland is a massive, cultured nation, ruled by whoever is in charge at the moment with a fair hand, and notable for its museums and concert halls, unlimited-speed roads, and smutty television. The compassionate, democratic population of 1.137 billion Leiningerlandians are free to do what they want with their own bodies, and vote for whomever they like in elections; if they go into business, however, they are regulated to within an inch of their lives.

The large, liberal government prioritizes Education, although Administration, Environment, and Healthcare are also considered important, while Spirituality and Defense are ignored. It meets to discuss matters of state in the capital city of Neuleiningen. The average income tax rate is 71.1%, and even higher for the wealthy.

The all-consuming Leiningerlandian economy, worth 97.3 trillion Schwanentalers a year, is quite specialized and led by the Book Publishing industry, with major contributions from Information Technology, Tourism, and Retail. State-owned companies are common. Average income is 85,582 Schwanentalers, and distributed extremely evenly, with little difference between the richest and poorest citizens.

There's never enough space in space, the government is making attempts at curtailing the flood of spam emails with little progress, the new 'Who Wants To Be A Politician' election debate auditions are more popular than the debates themselves, and women across the country are tying the knot. Crime is totally unknown, thanks to a capable police force and progressive social policies in education and welfare. Leiningerland's national animal is the Swan, which frolics freely in the nation's many lush forests, and its national religion is The Almighty Schwanentaler.

Leiningerland is ranked 13,555th in the world and 175th in Europe for Most Secular, with 85.7 Atheism Rate.