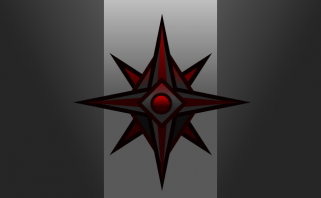 The Centro Warzone States of Kyldellian Mencorp is a gargantuan, socially progressive nation, remarkable for its museums and concert halls, state-planned economy, and multi-spousal wedding ceremonies. The hard-nosed, democratic, cheerful, devout population of 13.723 billion Kyldellians enjoy a sensible mix of personal and economic freedoms, while the political process is open and the people's right to vote held sacrosanct.

The medium-sized, corrupt, outspoken government prioritizes Defense, although Industry, Education, and Healthcare are also considered important, while Law & Order isn't funded at all. It meets to discuss matters of state in the capital city of Dark City. The income tax rate is 100%.

The frighteningly efficient Centro Social Alliance economy, worth an astonishing 10,576 trillion Dollars a year, is driven entirely by a combination of government and state-owned industry, with private enterprise illegal. However, for those in the know, there is an enormous, deeply entrenched, fairly diversified black market in Arms Manufacturing, Information Technology, Book Publishing, and Tourism. The private sector mostly consists of enterprising ten-year-olds selling lemonade on the sidewalk, but the government is looking at stamping this out. Average income is a breathtaking 770,713 Dollars, and distributed extremely evenly, with little difference between the richest and poorest citizens.

Blueriver mercenaries routinely do the army's dirty work, adverts proclaim it has to be healthy if the Mornay uses hand-grated Gallopavian Gruyère, the government has begun selling heroin and ecstasy to help fund its projects, and a cat may look at a king and a dude can look at an ass. Crime, especially youth-related, is all-pervasive, perhaps because of the country's complete lack of prisons. Kyldellian Mencorp's national animal is the Monster, which is also the nation's favorite main course, and its national religion is Morvolox.

Kyldellian Mencorp is ranked 265th in the world and 3rd in Kylden for Most Rebellious Youth, scoring 186 on the Stark-Dean Displacement Index.