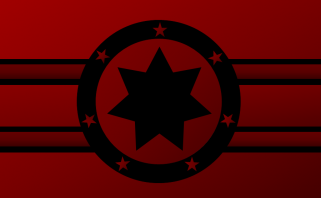 The Third Social Alliance of Kyldellian Halon is a gargantuan, cultured nation, ruled by The Founder with an even hand, and notable for its rampant corporate plagiarism, ubiquitous missile silos, and multi-spousal wedding ceremonies. The hard-nosed, cheerful, devout population of 18.073 billion Kyldellians are fiercely patriotic and enjoy great social equality; they tend to view other, more capitalist countries as somewhat immoral and corrupt.

The large, corrupt government prioritizes Defense, with Education, Industry, and Law & Order also on the agenda. It meets to discuss matters of state in the capital city of The Great Fortress of Mt Iris. The income tax rate is 100%.

The frighteningly efficient Kyldellian economy, worth an astonishing 11,082 trillion Grams a year, is driven entirely by a combination of government and state-owned industry, with private enterprise illegal. The industrial sector, which is broadly diversified, is led by the Information Technology industry, with major contributions from Arms Manufacturing, Book Publishing, and Tourism. Average income is a breathtaking 613,179 Grams, and distributed extremely evenly, with little difference between the richest and poorest citizens.

A PhD just ain't what it used to be, getting an autograph has become harder than ever, the working classes live and die on the fields of the farming communes, and young people crowd pizza parlors praying to 'The Supreme Pizza, His Immaculate Munchiness'. Crime is totally unknown, thanks to a capable police force and progressive social policies in education and welfare. Kyldellian Halon's national animal is the Monster, which frolics freely in the nation's many lush forests, and its national religion is Morvolox.

Kyldellian Halon is ranked 37th in the world and 1st in Kylden for Most Popular Tourist Destinations, with 3,524.66 tourists per hour.