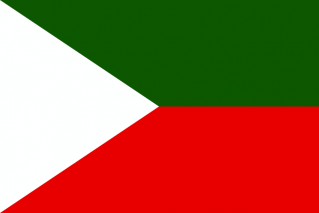 The Nomadic Peoples of Koshuri is a colossal, socially progressive nation, ruled by Laladitya Muktapida with an even hand, and renowned for its museums and concert halls, keen interest in outer space, and sprawling nuclear power plants. The compassionate, cheerful population of 7.645 billion Koshurians are fiercely patriotic and enjoy great social equality; they tend to view other, more capitalist countries as somewhat immoral and corrupt.

The enormous, socially-minded government juggles the competing demands of Education, Administration, and Environment. It meets to discuss matters of state in the capital city of Srinagar. The income tax rate is 100%.

The frighteningly efficient Koshurian economy, worth a remarkable 1,630 trillion annas a year, is driven entirely by a combination of government and state-owned industry, with private enterprise illegal. The industrial sector, which is highly specialized, is mostly made up of the Information Technology industry, with significant contributions from Tourism and Book Publishing. Average income is an amazing 213,338 annas, and distributed extremely evenly, with practically no difference between the richest and poorest citizens.

Organ donation is compulsory, members of majority races are forced out of their homes to make way for Bigtopians, hospitals fear government fines more than terrorist ransoms, and the police crack down on tax evaders without mercy. Crime, especially youth-related, is totally unknown, thanks to a well-funded police force and progressive social policies in education and welfare. Koshuri's national animal is the elk, which is also the nation's favorite main course.