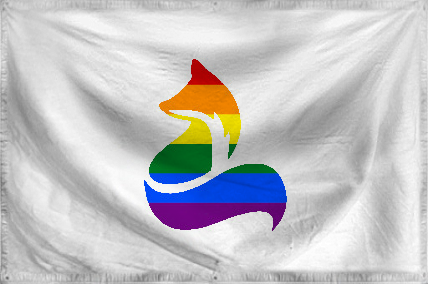 In foxes we trust.
WA Member

The Republic of Kitsunistan is a massive, efficient nation, ruled by dassschaf with an even hand, and renowned for its anti-smoking policies, pith helmet sales, and national health service. The compassionate population of 3.155 billion Kitsunistanians enjoy extensive civil rights and enjoy a level of social equality free from the usual accompanying government corruption.

The enormous, socially-minded government juggles the competing demands of Education, Healthcare, and Administration. It meets to discuss matters of state in the capital city of Fox Junction. The average income tax rate is 92.9%, and even higher for the wealthy.

The frighteningly efficient Kitsunistanian economy, worth 419 trillion Dollars a year, is quite specialized and dominated by the Information Technology industry, with significant contributions from Tourism, Arms Manufacturing, and Book Publishing. State-owned companies are common. Average income is an impressive 133,076 Dollars, and distributed extremely evenly, with practically no difference between the richest and poorest citizens.

Where your food came from is an unknowable mystery, people are more interested in gossip about the private lives of politicians than their policies, children who display even minimal sporting aptitude are immediately assigned a personal trainer, and running away is an essential part of the elite forces' hand-to-hand training. Crime is totally unknown, thanks to a capable police force and progressive social policies in education and welfare. Kitsunistan's national animal is the Fox, which frolics freely in the nation's many lush forests.

Kitsunistan is ranked 8,811th in the world and 23rd in The Free Nations Region for Highest Poor Incomes, with 117,554.53 Standard Monetary Units.

The Neo Russ Republic, and