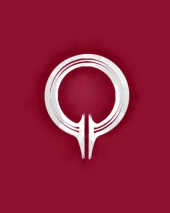 Kingdom of Circle of Magi

The Death World of Kingdom of Circle of Magi is a gargantuan, cultured nation, ruled by Merlin Kyosson with an even hand, and remarkable for its unlimited-speed roads, punitive income tax rates, and devotion to social welfare. The compassionate, cheerful population of 11.989 billion Mage of Circles are fiercely patriotic and enjoy great social equality; they tend to view other, more capitalist countries as somewhat immoral and corrupt.

The medium-sized, socially-minded government prioritizes Education, with Administration, Healthcare, and Industry also on the agenda, while Spirituality is ignored. It meets to discuss matters of state in the capital city of Athyism. The average income tax rate is 96.8%.

The frighteningly efficient Magi of Circle economy, worth a remarkable 3,507 trillion Brains a year, is driven entirely by a combination of government and state-owned industry, with private enterprise illegal. The industrial sector, which is fairly diversified, is led by the Information Technology industry, with major contributions from Tourism, Book Publishing, and Arms Manufacturing. Average income is an amazing 292,538 Brains, and distributed extremely evenly, with practically no difference between the richest and poorest citizens.

Nuclear physics is the most popular course at university, there's nothing more gay than bleeding for your nation, families waiting for delayed pipe installations hope daily for rain, and self-driving cars obey the road rules even during emergencies. Crime, especially youth-related, is totally unknown, thanks to a capable police force and progressive social policies in education and welfare. Kingdom of Circle of Magi's national animal is the Bat, which is also the nation's favorite main course, and its national religion is Yggdrassil.

Kingdom of Circle of Magi is ranked 19,799th in the world and 2nd in Angels Encarmine for Highest Wealthy Incomes, with 318,743 Standard Monetary Units.