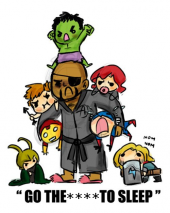 The Allegedly Furry, Brony, Homosexual, Straight, Feminist, Crypto-Marxist, Crypto-Fascist, Baby-Eating, Anarcho-Capitalist, Libertarian-Boomer, Supposedly Inconsistent, Stylishly Evil, Emo, Goth, Metalhead, Cold, Calculating, Geek, Otaku, Vegan, E-Girl, Kpoper, Lolicon, Satanist, What the Heck Is Wrong with Her Title Empire of Katganistan is a gargantuan, cultured nation, ruled by Audrey Katgan with an even hand, and remarkable for its museums and concert halls, national health service, and complete lack of prisons. The compassionate, cheerful population of 41.726 billion Katgani have some civil rights, but not too many, enjoy the freedom to spend their money however they like, to a point, and take part in free and open elections, although not too often.

The medium-sized government prioritizes Education, although Environment and Law & Order are also considered important, while Industry and Spirituality receive no funds. It meets to discuss matters of state in the capital city of Kattorze. The average income tax rate is 34.8%, but much higher for the wealthy.

The large but stagnant Katgan economy, worth 406 trillion QuiGonns a year, is quite specialized and mostly made up of the Book Publishing industry, with significant contributions from Uranium Mining, Tourism, and Automobile Manufacturing. State-owned companies are common. Average income is 9,731 QuiGonns, and distributed extremely evenly, with little difference between the richest and poorest citizens.

The regional delicacy of chocolate bombes is deadlier than an unexploded bomb, science centers and state of the art laboratories are ubiquitous, libraries are now installed with jacuzzis and mini-bars, and census workers struggle to account for the rapidly increasing number of citizens to tabulate. Crime is totally unknown, thanks to a very well-funded police force and progressive social policies in education and welfare. Katganistan's national animal is the Scottish Deerhound, which frolics freely in the nation's many lush forests.

Katganistan is ranked 1,061st in the world and 1st in Kattar for Best Weather, with 664 meters of sunlight.