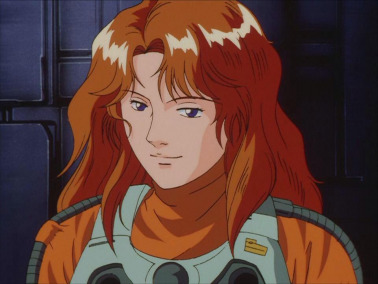 We did it, we became the legend of the galactic heroes!

The Fighter Ace of Katerose von Kreutzer is a massive, environmentally stunning nation, renowned for its prohibition of alcohol, frequent executions, and irreverence towards religion. The hard-nosed, cynical population of 2.446 billion Katerose von Kreutzerians are ruled by a mostly-benevolent dictator, who grants the populace the freedom to live their own lives but watches carefully for anyone to slip up.

The Katerose von Kreutzerian economy, worth 103 trillion lire a year, is quite specialized and led by the Uranium Mining industry, with significant contributions from Information Technology, Door-to-door Insurance Sales, and Arms Manufacturing. Black market activity is frequent. State-owned companies are common. Average income is 42,247 lire, with the richest citizens earning 7.0 times as much as the poorest.

Citizens who don't follow a major religion are closely monitored for signs of self-harm, business is adjusting to new gender equality policies in the workplace, people's charity begins and ends at home, and high school principals regularly send armed truancy patrols to drag problem students to school. Crime, especially youth-related, is relatively low, thanks to a well-funded police force and progressive social policies in education and welfare. Katerose von Kreutzer's national animal is the eagle, which soars majestically through the nation's famously clear skies.

Katerose von Kreutzer is ranked 239,651st in the world and 161st in Shinka for Largest Cheese Export Sector, scoring -6.57 on the Mozzarella Productivity Index.