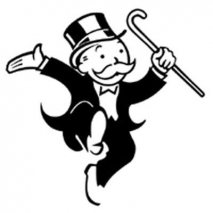 There's only one ism: Kapitalism.

The Road Forward of Kapitalistica is a gargantuan, socially progressive nation, renowned for its deadly medical pandemics, daily referendums, and keen interest in outer space. The hard-nosed, hard-working, democratic population of 26.162 billion Kapitalisticans are effectively ruled by a group of massive corporations, who run for political office and provide their well-off citizens with world-class goods and services. Their poorer citizens, however, are mostly starving to death while being urged to go out and get real jobs. The populace has reasonably extensive civil rights, although these are mostly aimed at allowing them to buy whatever they like.

The minute, pro-business, outspoken government, or what there is of one, is effectively ruled by the Department of Industry, with Defense also on the agenda, while Environment and Spirituality are ignored. It meets to discuss matters of state in the capital city of Kapitalia. Citizens pay a flat income tax of 1.2%.

The frighteningly efficient Kapitalistican economy, worth a remarkable 4,550 trillion euros a year, is driven almost entirely by the private sector, which is broadly diversified and led by the Arms Manufacturing industry, with major contributions from Information Technology, Gambling, and Soda Sales. Average income is an impressive 173,918 euros, but there is a large disparity between incomes, with the richest 10% of citizens earning 773,464 per year while the poor average 24,350, a ratio of 31.8 to 1.

Fancy dress parties are raided by military police for new recruits, surrealist houses shaped like mushrooms and volcanoes dominate the wealthiest neighborhoods, the military has grudgingly released all top secret information in an effort for greater transparency, and the nation's soldiers are considered the best-dressed in belgium. Crime, especially youth-related, is all-pervasive, probably because of the absence of a police force. Kapitalistica's national animal is the lion, which teeters on the brink of extinction due to widespread deforestation.

Kapitalistica is ranked 236,019th in the world and 179th in belgium for Most Popular Tourist Destinations, with 13.31 tourists per hour.

Most Recent Government Activity: 18 days ago