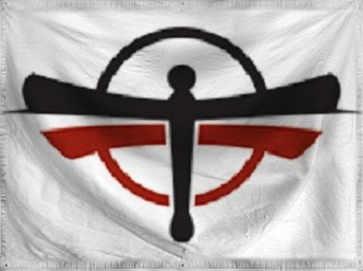 Earth is a very small part of a very large industry.

The Alcazar of Kalique Abrasax is a colossal, socially progressive nation, remarkable for its absence of drug laws. The hard-working, democratic population of 8.525 billion Abrasaxians live in a state of perpetual fear, as a complete breakdown of social order has led to the rise of order through biker gangs.

The thriving Kalique Abrasaxian economy, worth 490 trillion RegenXes a year, is driven almost entirely by the private sector, which is fairly diversified and led by the Arms Manufacturing industry, with major contributions from Woodchip Exports, Trout Farming, and Basket Weaving. Average income is 57,579 RegenXes, but there is a significant disparity between incomes, with the richest 10% of citizens earning 203,812 per year while the poor average 11,745, a ratio of 17.4 to 1.

Crime is a problem, with the police force struggling against a lack of funding and a high mortality rate. Kalique Abrasax's national animal is the Human, which can occasionally be seen sifting through garbage in the nation's cities.

Kalique Abrasax is ranked 44,613th in the world and 14th in Autropolis for Most Rebellious Youth, scoring zero on the Stark-Dean Displacement Index.

Most Recent Government Activity: 46 days ago