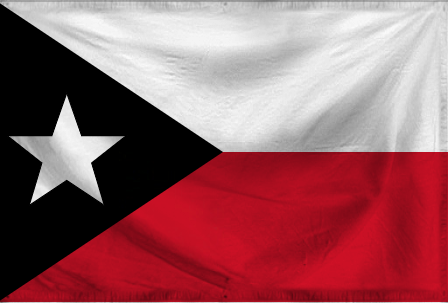 The Empire of Jarenova is a gargantuan, cultured nation, ruled by Emperor Markus Voelker with an iron fist, and notable for its pith helmet sales, parental licensing program, and frequent executions. The hard-nosed, hard-working, cynical population of 12.924 billion Jarenovians are kept under strict control by the oppressive government, which measures its success by the nation's GDP and refers to individual citizens as "human resources."

The large, corrupt, moralistic, well-organized government prioritizes Defense, with Education, Healthcare, and Law & Order also on the agenda, while Welfare is ignored. It meets to discuss matters of state in the capital city of Berlin. The average income tax rate is 68.0%, and even higher for the wealthy.

The powerhouse Jarenovan economy, worth a remarkable 1,380 trillion Jarens a year, is mostly made up of the Arms Manufacturing industry, with significant contributions from Information Technology. Black market activity is frequent. State-owned companies are reasonably common. Average income is an impressive 106,843 Jarens, and evenly distributed, with the richest citizens earning only 2.3 times as much as the poorest.

The nationalistic national anthem inspires citizens to literally spit at foreigners, edutainment video games are taking Jarenova's students to the next level, caps with skulls on them are the height of fashion, and citizens are regularly arrested in queues for 'loitering'. Crime, especially youth-related, is totally unknown, thanks to a well-funded police force and progressive social policies in education and welfare. Jarenova's national animal is the Eagle, which soars majestically through the nation's famously clear skies.