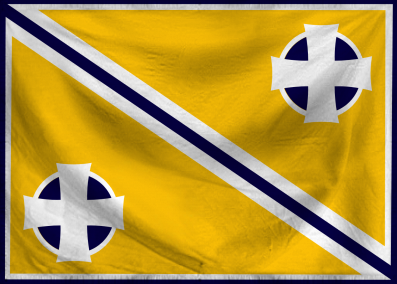 The Constitutional Monarchy of Isahaak is a massive, cultured nation, renowned for its museums and concert halls, compulsory military service, and frequent executions. The hard-nosed, hard-working, democratic, devout population of 3.123 billion Isahaakians have some civil rights, but not too many, enjoy the freedom to spend their money however they like, to a point, and take part in free and open elections, although not too often.

The medium-sized government juggles the competing demands of Administration, Healthcare, and Education. It meets to discuss matters of state in the capital city of Altocoq. The average income tax rate is 48.0%, but much higher for the wealthy.

The frighteningly efficient Isahaakian economy, worth 383 trillion jingleses a year, is broadly diversified and led by the Tourism industry, with significant contributions from Arms Manufacturing, Retail, and Information Technology. Average income is an impressive 122,795 jingleses, and evenly distributed, with the richest citizens earning only 2.0 times as much as the poorest.

The government is seen to favor traditionalist religions, young and brooding teens are welcomed with open arms to the Dogwarts School of Strangeness and Sorcery, friendly fire incidents usually result in severe burns, and concert halls sport signs proclaiming "No Shorts, Sandals or Swastikas". Crime, especially youth-related, is totally unknown, thanks to a capable police force and progressive social policies in education and welfare. Isahaak's national animal is the flamingo, which frolics freely in the nation's many lush forests.

Isahaak is ranked 98,787th in the world and 3,948th in The East Pacific for Largest Insurance Industry, scoring 1,784.54 on the Risk Expulsion Effectiveness Rating.