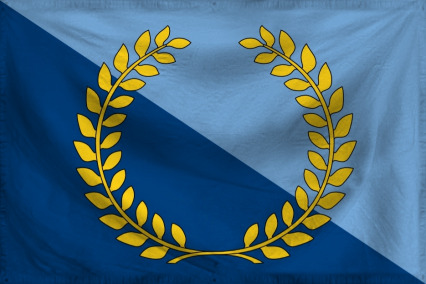 Through Unity , We Shall Rise President Hakam
WA Member

The United Republic of Hussony is a colossal, socially progressive nation, ruled by President Hakam with an even hand, and remarkable for its barren, inhospitable landscape, infamous sell-swords, and parental licensing program. The hard-nosed, democratic, humorless, devout population of 8.031 billion Hussonyians are fiercely patriotic and enjoy great social equality; they tend to view other, more capitalist countries as somewhat immoral and corrupt.

The enormous, corrupt, socially-minded government juggles the competing demands of Education, Industry, and Defense. It meets to discuss matters of state in the capital city of Hacoa. The average income tax rate is 95.5%.

The frighteningly efficient Hussonyian economy, worth a remarkable 1,473 trillion Bronuses a year, is driven entirely by a combination of government and state-owned industry, with private enterprise illegal. However, for those in the know, there is an enormous, deeply entrenched black market in Uranium Mining, Retail, Book Publishing, and Information Technology. The private sector mostly consists of enterprising ten-year-olds selling lemonade on the sidewalk, but the government is looking at stamping this out. Average income is an impressive 183,500 Bronuses, and distributed extremely evenly, with little difference between the richest and poorest citizens.

Carbon-footprint restrictions are making businesses walk, colonists who were promised new lands find only war-torn devastation, pallbearers at military funerals dive for cover when they hear the three-volley salute, and tourists are forbidden to enter Native Hussonyian lands. Crime is totally unknown. Hussony's national animal is the White Owl, which teeters on the brink of extinction due to toxic air pollution, and its national religion is Abrahamic.

Hussony is ranked 704th in the world and 4th in United Kingdom for Most Subsidized Industry, scoring 19,002.5 on the Gilded Widget Scale.

Hong Kong in the Republic of China,