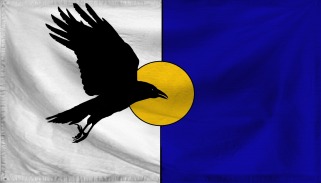 The Free Land of Hollo is a colossal, environmentally stunning nation, remarkable for its museums and concert halls, smutty television, and hatred of cheese. The compassionate, democratic population of 9.838 billion Holloans are free to do what they want with their own bodies, and vote for whomever they like in elections; if they go into business, however, they are regulated to within an inch of their lives.

The enormous, liberal government juggles the competing demands of Education, Environment, and Healthcare. It meets to discuss matters of state in the capital city of Sky Harbor. The average income tax rate is 91.1%, and even higher for the wealthy.

The frighteningly efficient Holloan economy, worth a remarkable 1,151 trillion Mojoes a year, is highly specialized and mostly made up of the Information Technology industry, with significant contributions from Tourism and Book Publishing. State-owned companies are common. Average income is an impressive 117,089 Mojoes, and distributed extremely evenly, with practically no difference between the richest and poorest citizens.

Ghost regiments exist only on paper, crossword puzzles have been co-opted as a symbol of racial discrimination, the government puts forth the claim that harming young girls is wrong, and only the rich can afford the latest medical innovations. Crime is totally unknown, thanks to a capable police force and progressive social policies in education and welfare. Hollo's national animal is the Raven, which soars majestically through the nation's famously clear skies.

Most Recent Government Activity: 50 days ago