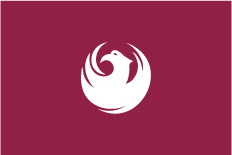 The Federal Republic of Hameed is a massive, safe nation, ruled by President Lewis Shaw with a fair hand, and remarkable for its ubiquitous missile silos, irreverence towards religion, and stringent health and safety legislation. The hard-nosed, hard-working, democratic population of 4.846 billion Hameedians enjoy extensive civil freedoms, particularly in social issues, while business tends to be more regulated.

The relatively small, liberal government juggles the competing demands of Education, Industry, and Administration. It meets to discuss matters of state in the capital city of Tenira. Citizens pay a flat income tax of 42.6%.

The frighteningly efficient Hameedian economy, worth 780 trillion Dollars a year, is fairly diversified and led by the Tourism industry, with significant contributions from Information Technology, Retail, and Book Publishing. Black market activity is notable. Average income is an impressive 161,049 Dollars, with the richest citizens earning 9.3 times as much as the poorest.

Destitute athletes are forced to train in the street, birth rates have hit an all-time low, new Hameedian taxis are fitted with server racks, and phenotypic plasticity is a struggle for sealife in polluted waters. Crime, especially youth-related, is totally unknown. Hameed's national animal is the Phoenix, which soars majestically through the nation's famously clear skies, and its national religion is Christianity.

Hameed is ranked 24,481st in the world and 1st in Asterah for Largest Basket Weaving Sector, scoring 5,136.86 on the Hickory Productivity Index.