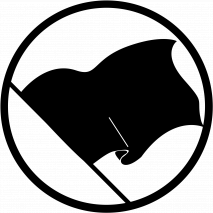 No gods, no masters

The Contested Territory of Halfordia is a gargantuan, socially progressive nation, renowned for its deadly medical pandemics, complete absence of social welfare, and spontaneously combusting cars. The hard-nosed, hard-working, democratic population of 21.094 billion Halfordians live in a state of perpetual fear, as a complete breakdown of social order has led to the rise of order through biker gangs.

There is no government in the normal sense of the word; however, a small group of community-minded, liberal, pro-business, outspoken individuals is solely concerned with Defense. Income tax is unheard of.

The large but inefficient Halfordian economy, worth 838 trillion metals a year, is driven almost entirely by the private sector, which is quite specialized and led by the Retail industry, with significant contributions from Gambling, Soda Sales, and Uranium Mining. Average income is 39,755 metals, but there is a vast disparity between incomes, with the richest 10% of citizens earning 256,230 per year while the poor average 2,492, a ratio of 102 to 1.

Burnt-out forty-foot-tall wicker men dot the countryside, newspapers print only headlines, coastlines are giant slag heaps, and the regional delicacy of chocolate bombes is deadlier than an unexploded bomb. Crime, especially youth-related, is all-pervasive, perhaps because of the country's complete lack of prisons. Halfordia's national animal is the metal warrior, which is also the nation's favorite main course.

Halfordia is ranked 235,895th in the world and 103rd in Union of Free Nations for Largest Insurance Industry, scoring -9 on the Risk Expulsion Effectiveness Rating.

Most Recent Government Activity: 21 days ago