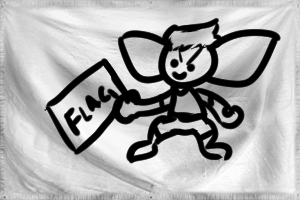 The Borderlands of Groblinus is a huge, safe nation, notable for its smutty television, digital currency, and ban on automobiles. The compassionate, democratic population of 291 million goblings are free to do what they want with their own bodies, and vote for whomever they like in elections; if they go into business, however, they are regulated to within an inch of their lives.

The large, socially-minded, outspoken government juggles the competing demands of Welfare, Administration, and Education. It meets to discuss matters of state in the capital city of the cave pit hole. The average income tax rate is 68.9%, and even higher for the wealthy.

The goblingy economy, worth 18.4 trillion shinie roxes a year, is driven entirely by a combination of government and state-owned industry, with private enterprise illegal. The industrial sector, which is quite specialized, is led by the Information Technology industry, with major contributions from Tourism, Soda Sales, and Pizza Delivery. Average income is 63,171 shinie roxes, and distributed extremely evenly, with practically no difference between the richest and poorest citizens.

Children are disappointed to learn that cavemen never had a yabba-dabba-doo time riding dinosaurs to work, every day has been a surprise since weather reporters turned to consulting ancient totems for their seven-day forecasts, the government supplies ragtag bands of resistance fighters in exchange for vague promises of future payment, and exam halls are littered with used needles and empty pill bottles. Crime is totally unknown, thanks to a capable police force and progressive social policies in education and welfare. Groblinus's national animal is the warm milk creature, which frolics freely in the nation's many lush forests.