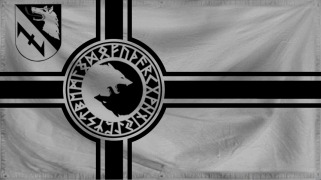 I am the Vanguard of your Destruction
WA Delegate

The Shadow Legion of German Dragons is a gargantuan, efficient nation, ruled by High Emperor Draconis with an iron fist, and remarkable for its frequent executions, sprawling nuclear power plants, and complete absence of social welfare. The hard-nosed, hard-working, cynical, humorless population of 27.425 billion Dragonians are ruled by a mostly-benevolent dictator, who grants the populace the freedom to live their own lives but watches carefully for anyone to slip up.

The minute, corrupt, well-organized government, or what there is of one, juggles the competing demands of Industry, Defense, and Law & Order. It meets to discuss matters of state in the capital city of Inferi' Nova. Income tax is unheard of.

The frighteningly efficient German Dragonsian economy, worth a remarkable 8,677 trillion Drethics a year, is broadly diversified and led by the Arms Manufacturing industry, with significant contributions from Book Publishing, Gambling, and Automobile Manufacturing. Black market activity is frequent. Average income is an amazing 316,391 Drethics, and distributed extremely evenly, with little difference between the richest and poorest citizens.

Cassocked priests and choirboys believe that what happens behind closed doors stays behind closed doors, 4-year-olds studying for their mathematics exams are anxious that they will be unemployable in adulthood if they fail, High Emperor Draconis is worshipped as a god, and the government is continually probing the galaxy in search of alien life. Crime, especially youth-related, is totally unknown. German Dragons's national animal is the Wyvern, which teeters on the brink of extinction due to widespread deforestation.

German Dragons is ranked 3,691st in the world and 2nd in Lux Immortalem for Most Avoided, scoring 266.24 on the Kardashian Reflex Score.

Most Recent Government Activity: 42 days ago