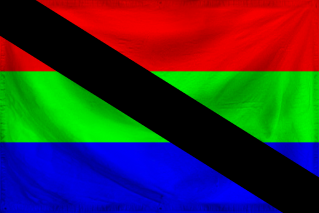 Technology is the key to the world Simon Cooper
WA Member

The Union of Federated States of Zootron is a gargantuan, socially progressive nation, ruled by Simon Cooper with a fair hand, and notable for its otherworldly petting zoo, free-roaming dinosaurs, and anti-smoking policies. The compassionate, democratic, cheerful population of 14.004 billion Zootronians hold their civil and political rights very dear, although the wealthy and those in business tend to be viewed with suspicion.

The medium-sized, liberal government prioritizes Education, with Healthcare, Environment, and Defense also on the agenda, while Spirituality receives no funds. It meets to discuss matters of state in the capital city of Zootron City. The average income tax rate is 92.3%, and even higher for the wealthy.

The frighteningly efficient Zootronian economy, worth a remarkable 2,963 trillion labour credits a year, is quite specialized and mostly made up of the Information Technology industry, with significant contributions from Tourism and Book Publishing. State-owned companies are reasonably common. Average income is an amazing 211,617 labour credits, and distributed extremely evenly, with little difference between the richest and poorest citizens.

News headlines suggest that Simon Cooper has a sideline in guinea pig pimping, one-stop superstores divide and conquer family businesses, it's considered providence that the political lexicon contains a syrup of company slogans, and urban entrepreneurs are busy introducing cockroaches into restaurant kitchens. Crime is totally unknown. Federated States of Zootron's national animal is the dolphin, which frolics freely in the nation's sparkling oceans.

Federated States of Zootron is ranked 63,940th in the world and 1,916th in The East Pacific for Highest Drug Use, scoring 89.6 on the Pineapple Fondness Rating.