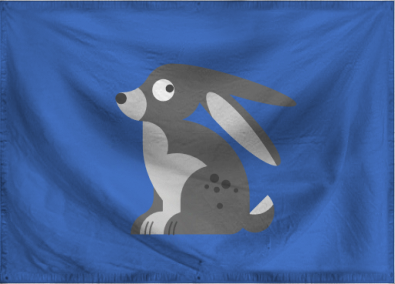 Anyone Seen A Carrot?

The Daily Wanderings of Featured Hopper is a massive, efficient nation, ruled by that scwewy wabbit with an iron fist, and remarkable for its barren, inhospitable landscape, lack of airports, and enslaved workforce. The hard-nosed, cynical, humorless, devout population of 3.256 billion Featured Hoppers are kept under strict control by the oppressive government, which measures its success by the nation's GDP and refers to individual citizens as "human resources."

The large, corrupt, moralistic, well-organized government juggles the competing demands of Administration, Law & Order, and Industry. It meets to discuss matters of state in the capital city of Carrot City. Citizens pay a flat income tax of 84.0%.

The frighteningly efficient Featured Hopperian economy, worth 687 trillion carrots a year, is fairly diversified and mostly comprised of black market activity, especially in Arms Manufacturing, Retail, and Uranium Mining. State-owned companies are reasonably common. Average income is an amazing 211,246 carrots, but there is a large disparity between incomes, with the richest 10% of citizens earning 790,990 per year while the poor average 39,469, a ratio of 20.0 to 1.

The Carrot City XV Regiment (aka "The Goat Starers") have yet to win a battle, toxic smog is dismissed as the populace just "letting off steam", a recent "genocide prevention" campaign includes murdering children based on their DNA, and an underground movement of cigarette smokers has sprung up in response to a government ban. Crime, especially youth-related, is totally unknown, thanks to the all-pervasive police force and progressive social policies in education and welfare. Featured Hopper's national animal is the hopper, which is also the nation's favorite main course.

Featured Hopper is ranked 52,558th in the world and 9th in Soyuz Sovietskik Sotsialistik Respubliks for Highest Poor Incomes, with 39,469.97 Standard Monetary Units.