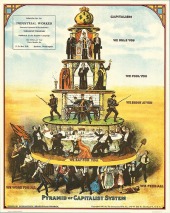 The ELF-Eladen Exchange Entrepôt of Economic Invincibility is a gargantuan, efficient nation, ruled by The ELF-Eladen Consortium with an even hand, and renowned for its museums and concert halls, deadly medical pandemics, and compulsory military service. The hard-nosed, hard-working, humorless, devout population of 22.63 billion Eladeni are either ruled by a sleek, efficient government or a conglomerate of multinational corporations; it's difficult to tell which.

The minute, corrupt, pro-business government, or what there is of one, juggles the competing demands of Industry, Defense, and Education. It meets to discuss matters of state in the capital city of AIG Entertainment City. Income tax is unheard of.

The frighteningly efficient Eladeni economy, worth an astonishing 12,227 trillion Petals a year, is driven almost entirely by the private sector, which is broadly diversified and led by the Arms Manufacturing industry, with major contributions from Information Technology, Soda Sales, and Gambling. Average income is a breathtaking 540,340 Petals, but there is a vast disparity between incomes, with the richest 10% of citizens earning 5,060,890 per year while the poor average 4,863, a ratio of 1,040 to 1.

It's rumored that Marche Noire knows what the nation's generals eat for breakfast, babies are increasingly seen as a luxury, the experimental sculpture "Overtures In Dried Yeti Dung" has been declared a national treasure, and no cul-de-sac or trailer park is complete without a gambling parlor. Crime, especially youth-related, is so common that it is unusual to encounter someone following the law, probably because of the absence of a police force. Economic Invincibility's national animal is the Yeti, which is also the nation's favorite main course.

Economic Invincibility is ranked 132nd in the world and 1st in The Maritimes for Largest Gambling Industry, scoring 41,935.59 on the Kelly Criterion Productivity Index.

Most Recent Government Activity: 41 days ago