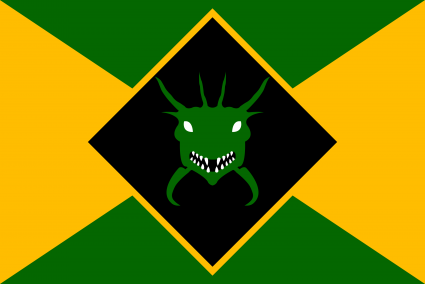 The Dovortsia of Draos is a colossal, genial nation, ruled by Loac Danem Sainsad with an even hand, and renowned for its daily referendums, punitive income tax rates, and devotion to social welfare. The compassionate, democratic population of 9.235 billion Draosians have some civil rights, but not too many, enjoy the freedom to spend their money however they like, to a point, and take part in free and open elections, although not too often.

The large government juggles the competing demands of Education, Administration, and Defense. It meets to discuss matters of state in the capital city of Qiomh. The average income tax rate is 76.8%, and even higher for the wealthy.

The very strong Draosian economy, worth a remarkable 1,062 trillion Druggats a year, is fairly diversified and led by the Tourism industry, with major contributions from Information Technology, Book Publishing, and Trout Farming. State-owned companies are common. Average income is an impressive 115,063 Druggats, and distributed extremely evenly, with little difference between the richest and poorest citizens.

The official Draosian Phrase Book weighs as much as a small child, Loac Danem Sainsad's used car is held together by bumper stickers that support the opposition, the nation's democracy attracts huddled masses yearning to breathe free, and fixing attendance at women's matches is a matter of "when they go low, we go high... funding". Crime, especially youth-related, is totally unknown, thanks to a capable police force and progressive social policies in education and welfare. Draos's national animal is the Teoal, which frolics freely in the nation's many lush forests, and its national religion is Poracosia.

Draos is ranked 111,483rd in the world and 27th in Union of Free Nations for Largest Automobile Manufacturing Sector, scoring 1,722.22 on the Henry Ford Productivity Index.