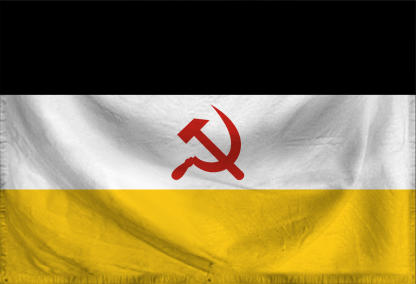 The Abvonovichatkaderivokistan of Dongerland is a colossal, genial nation, ruled by Franz Ferdinand with a fair hand, and renowned for its pith helmet sales, daily referendums, and digital currency. The compassionate, democratic population of 6.015 billion Dongerlandians enjoy a sensible mix of personal and economic freedoms, while the political process is open and the people's right to vote held sacrosanct.

The large government juggles the competing demands of Healthcare, Administration, and Education. It meets to discuss matters of state in the capital city of Žieždas. The average income tax rate is 64.7%, and even higher for the wealthy.

The strong Dongerlandian economy, worth 431 trillion Euros a year, is led by the Tourism industry, with major contributions from Book Publishing, Trout Farming, and Basket Weaving. State-owned companies are reasonably common. Average income is 71,802 Euros, and distributed extremely evenly, with little difference between the richest and poorest citizens.

Soldiers find that home gadgets and power tools are more effective as improvised weapons than the guns they've been issued, teachers are routinely tested to keep their jobs, the national security service are a bunch of crooks, and officials pull all-nighters to check immigrants for potential links to terrorists. Crime, especially youth-related, is totally unknown, thanks to a well-funded police force and progressive social policies in education and welfare. Dongerland's national animal is the Golden Eagle, which soars majestically through the nation's famously clear skies, and its national religion is Secularism.

Dongerland is ranked 117,464th in the world and 157th in The Free Nations Region for Largest Pizza Delivery Sector, scoring 1,065.73 on the Pepperoni Propulsion Productivity Index.