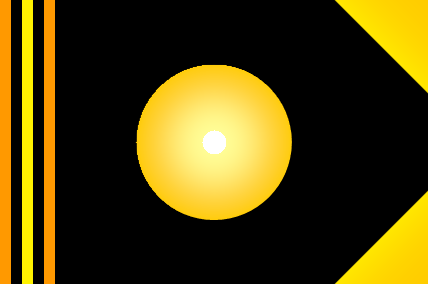 In Science We Trust
WA Member

The Utopian Commonwealth of Discoveria is a gargantuan, environmentally stunning nation, ruled by President Nathan Bohr with a fair hand, and notable for its multi-spousal wedding ceremonies, smutty television, and stringent health and safety legislation. The compassionate, democratic, humorless population of 32.602 billion Discoverians enjoy a sensible mix of personal and economic freedoms, while the political process is open and the people's right to vote held sacrosanct.

The enormous, outspoken government juggles the competing demands of Education, Healthcare, and Law & Order. It meets to discuss matters of state in the capital city of Las Veritas. The average income tax rate is 85.1%, and even higher for the wealthy.

The frighteningly efficient Discoverian economy, worth a remarkable 3,791 trillion discs a year, is highly specialized and mostly made up of the Information Technology industry, with major contributions from Book Publishing. State-owned companies are common. Average income is an impressive 116,309 discs, and distributed extremely evenly, with little difference between the richest and poorest citizens.

Matryoshka dolls resembling nested Death Stars are commonly sold, country folk are sent to obligatory boarding schools to learn how to be civilized, toy versions of heroin paraphernalia let kids pretend to be their favourite TV characters, and unpackaged foodstuffs rot on store shelves. Crime, especially youth-related, is totally unknown, thanks to the all-pervasive police force and progressive social policies in education and welfare. Discoveria's national animal is the lanternfish, which frolics freely in the nation's sparkling oceans.

Discoveria is ranked 262,794th in the world and 5th in LGBT University for Largest Gambling Industry, scoring -21.9 on the Kelly Criterion Productivity Index.