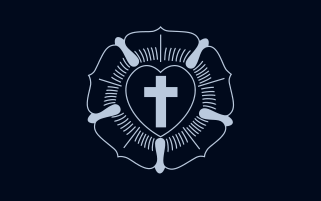 The Nordic Lutheran Commonwealth of Dausos is a gargantuan, efficient nation, ruled by the Elder with an even hand, and notable for its avant-garde cinema, zero percent divorce rate, and frequent executions. The hard-nosed, humorless, devout population of 11.072 billion Lutherans are highly moralistic and fiercely conservative, in the sense that they tend to believe most things should be outlawed. People who have good jobs and work quietly at them are lauded; others are viewed with suspicion.

The large, moralistic government juggles the competing demands of Administration, Education, and Law & Order. It meets to discuss matters of state in the capital city of Christiania. The average income tax rate is 63.0%, and even higher for the wealthy.

The powerhouse Dausian economy, worth a remarkable 1,101 trillion roses a year, is quite specialized and mostly made up of the Tourism industry, with significant contributions from Arms Manufacturing and Furniture Restoration. State-owned companies are common. Average income is 99,452 roses, and evenly distributed, with the richest citizens earning only 2.5 times as much as the poorest.

Old age is the nation's leading method of execution, farmers have taken to hunting billionaires who encroach on their land, former stunt pilots are unable to pass the licence test to fly a drone, and hospitals fear government fines more than terrorist ransoms. Crime, especially youth-related, is totally unknown, thanks to a very well-funded police force and progressive social policies in education and welfare. Dausos's national animal is the dove, which soars majestically through the nation's famously clear skies, and its national religion is Lutheranism.

Dausos is ranked 194,493rd in the world and 12th in 1st Lutheran Christian Community for Largest Insurance Industry, scoring -5.16 on the Risk Expulsion Effectiveness Rating.