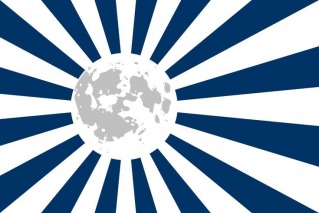 The Federal Republic of Dankerian Republic is a colossal, safe nation, ruled by Dat Boi with an even hand, and notable for its free-roaming dinosaurs, complete lack of prisons, and stringent health and safety legislation. The quiet, industrious population of 9.376 billion Dankerians have some civil rights, but not too many, enjoy the freedom to spend their money however they like, to a point, and take part in free and open elections, although not too often.

The large, corrupt government juggles the competing demands of Education, Healthcare, and Administration. It meets to discuss matters of state in the capital city of Dankia. The average income tax rate is 81.6%, and even higher for the wealthy.

The frighteningly efficient Dankerian Republician economy, worth a remarkable 1,175 trillion Dank Memes a year, is quite specialized and led by the Information Technology industry, with significant contributions from Tourism, Arms Manufacturing, and Book Publishing. Average income is an impressive 125,413 Dank Memes, and distributed extremely evenly, with little difference between the richest and poorest citizens.

The government is a clear-cut case of tyranny by majority, you can check out of an asylum if you've changed your mind, collisions between bicycles and carnival floats are on the rise, and the seats at the back of the parliament are reserved for indigenous ministers. Crime, especially youth-related, is totally unknown, thanks to a capable police force and progressive social policies in education and welfare. Dankerian Republic's national animal is the Birb, which frolics freely in the nation's many lush forests, and its national religion is Dank Memes.

Dankerian Republic is ranked 247,575th in the world and 193rd in Karma for Largest Gambling Industry, scoring -10.02 on the Kelly Criterion Productivity Index.

Most Recent Government Activity: 16 hours ago

The Freakin Guardians of the Galaxy,