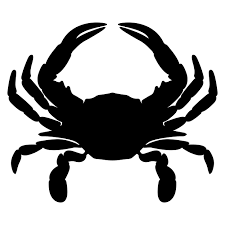 The United States of Crab is a huge, environmentally stunning nation, renowned for its free-roaming dinosaurs, ban on automobiles, and irreverence towards religion. The compassionate, democratic population of 443 million Crabians love a good election, and the government gives them plenty of them. Universities tend to be full of students debating the merits of various civil and political rights, while businesses are tightly regulated and the wealthy viewed with suspicion.

The medium-sized, outspoken government juggles the competing demands of Education, Healthcare, and Law & Order. It meets to discuss matters of state in the capital city of Dungeness City. The average income tax rate is 31.1%, but much higher for the wealthy.

The strong Crabian economy, worth 34.0 trillion Hermits a year, is fairly diversified and led by the Tourism industry, with major contributions from Information Technology, Book Publishing, and Trout Farming. State-owned companies are common. Average income is 76,811 Hermits, and evenly distributed, with the richest citizens earning only 2.3 times as much as the poorest.

Signatures have been replaced with illegible scribbles, organ donation rates are among the lowest in the region, sections of the police receive paramilitary training, and a historic rise in the minimum wage has crushed the economy with inflation. Crime is totally unknown, thanks to a capable police force and progressive social policies in education and welfare. Crab's national animal is the Crab, which frolics freely in the nation's sparkling oceans.

Crab is ranked 207,901st in the world and 11th in The Republic of Shellfish for Greatest Rich-Poor Divides, with 2.3 Rich To Poor Income Ratio.