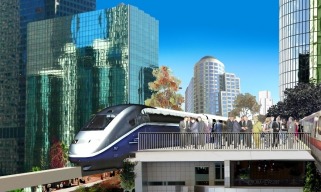 The Intergalactic Consortium of Corporate Investors is a gargantuan, cultured nation, ruled by -The Highest Annual Fund Raiser- with a fair hand, and renowned for its museums and concert halls, barren, inhospitable landscape, and otherworldly petting zoo. The hard-nosed, hard-working, democratic, humorless population of 20.559 billion ICoCIs live in a state of perpetual fear, as a complete breakdown of social order has led to the rise of order through biker gangs.

The minute, corrupt, pro-business government, or what there is of one, prioritizes Industry, although Education is also considered important, while Environment and Welfare are ignored. It meets to discuss matters of state in the capital city of -Your Brand Here- CI City. Income tax is unheard of.

The frighteningly efficient ICoCI economy, worth a remarkable 9,120 trillion -Your Brand Here- Dollars a year, is driven almost entirely by the private sector, which is broadly diversified and led by the Information Technology industry, with major contributions from Soda Sales, Book Publishing, and Gambling. Average income is an amazing 443,646 -Your Brand Here- Dollars, but there is a vast disparity between incomes, with the richest 10% of citizens earning 4,137,240 per year while the poor average 4,222, a ratio of 979 to 1.

Robosexual marriages are increasingly common, anti-government political posters adorn every building like wallpaper, distrust of taps has many people bathing only with bottled mineral water, and a video of -The Highest Annual Fund Raiser- wearing shock-blue face paint and smashing an electric guitar in front of a frenzied crowd is on endless repeat on the nightly news. Crime, especially youth-related, is so common that it is unusual to encounter someone following the law, perhaps because of the country's complete lack of prisons. Corporate Investors's national animal is the -Your Brand Here- Beaver, which is also the nation's favorite main course, and its national religion is Money Money Mon-n-ney.

Corporate Investors is ranked 261,125th in the world and 27th in Eladen for Healthiest Citizens, with 0.29 bananas ingested per day.

Most Recent Government Activity: 29 days ago