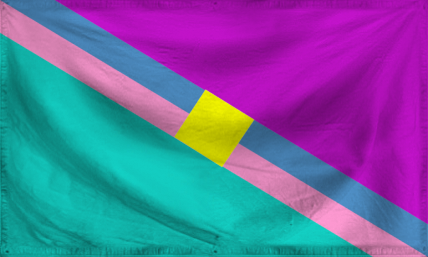 The People's Republic of Constervatania is a massive, safe nation, remarkable for its daily referendums, irreverence towards religion, and punitive income tax rates. The compassionate, democratic population of 3.693 billion Constervatanians are free to do what they want with their own bodies, and vote for whomever they like in elections; if they go into business, however, they are regulated to within an inch of their lives.

The enormous, liberal, socially-minded, outspoken government juggles the competing demands of Administration, Healthcare, and Education. It meets to discuss matters of state in the capital city of Amoratia. The average income tax rate is 82.2%, and even higher for the wealthy.

The thriving Constervatanian economy, worth 278 trillion Constervatanian dollars a year, is driven entirely by a combination of government and state-owned industry, with private enterprise illegal. The industrial sector, which is quite specialized, is dominated by the Book Publishing industry, with significant contributions from Cheese Exports, Information Technology, and Trout Farming. Average income is 75,338 Constervatanian dollars, and distributed extremely evenly, with practically no difference between the richest and poorest citizens.

Political satirists and late night comedians weep as the government begins cleaning up its act, factories are regularly demolished to make way for low-cost housing areas, giggling teens are asked to put their mouths on rubber dolls, and tourists need only sign on the dotted line to become citizens. Crime, especially youth-related, is totally unknown, thanks to a well-funded police force and progressive social policies in education and welfare. Constervatania's national animal is the hummingbird, which soars majestically through the nation's famously clear skies.