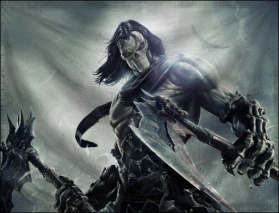 The Commonwealth of Cardegarth the Collector is a colossal, environmentally stunning nation, renowned for its compulsory military service, complete lack of prisons, and parental licensing program. The hard-nosed, cynical population of 6.49 billion Cardegarth the Collectorians are highly moralistic and fiercely conservative, in the sense that they tend to believe most things should be outlawed. People who have good jobs and work quietly at them are lauded; others are viewed with suspicion.

The frighteningly efficient Cardegarth the Collectorian economy, worth 726 trillion Cards a year, is fairly diversified and dominated by the Arms Manufacturing industry, with significant contributions from Woodchip Exports, Uranium Mining, and Cheese Exports. Black market activity is extensive. Average income is an impressive 111,902 Cards, with the richest citizens earning 7.0 times as much as the poorest.

The country is preparing for war, all the world's a stage for Cardegarth the Collectorian political theatrics, vacationers and business travelers are often warned that they may lose the right to vote if they spend too much time overseas, and public toilets are famed for their rear entries. Crime, especially youth-related, is totally unknown, thanks to the all-pervasive police force and progressive social policies in education and welfare. Cardegarth the Collector's national animal is the Card, which is also the nation's favorite main course.

Cardegarth the Collector is ranked 205,512th in the world and 6th in CARD for Most Scientifically Advanced, scoring 41.71 on the Kurzweil Singularity Index.