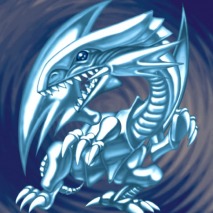 Boasting is the privilege of winners Seto Kaiba

The Legendary of BlueEyes White Dragon is a colossal, efficient nation, ruled by Seto Kaiba with an iron fist, and renowned for its keen interest in outer space, pith helmet sales, and irreverence towards religion. The hard-nosed, hard-working, cynical population of 6.854 billion duelists are ruled with an iron fist by the corrupt, dictatorship government, which oppresses anyone who isn't on the board of a Fortune 500 company. Large corporations tend to be above the law, and use their financial clout to gain ever-increasing government benefits at the expense of the poor and unemployed.

The medium-sized government juggles the competing demands of Administration, Defense, and Education. It meets to discuss matters of state in the capital city of KaibaCorp. Citizens pay a flat income tax of 36.0%.

The powerhouse BlueEyes White Dragonian economy, worth 532 trillion white stones of legend a year, is fairly diversified and led by the Arms Manufacturing industry, with significant contributions from Uranium Mining, Automobile Manufacturing, and Information Technology. Black market activity is frequent. Average income is 77,661 white stones of legend, but there is a significant disparity between incomes, with the richest 10% of citizens earning 241,278 per year while the poor average 19,232, a ratio of 12.5 to 1.

Seto Kaiba's office has a newly installed Max-Man arcade game programmed by a 5th-grader, it is believed that belligerence is a passing phase foreign leaders will soon outgrow, pollution is on the rise along with government approvals of fracking projects, and creating cardboard imitations of missiles is a new top-secret military project. Crime, especially youth-related, is a serious problem, probably because of the absence of a police force. BlueEyes White Dragon's national animal is the white dragon, which teeters on the brink of extinction due to toxic air pollution, and its national religion is Duel Monsters.

BlueEyes White Dragon is ranked 59,782nd in the world and 2nd in CARD for Most Scientifically Advanced, scoring 111.38 on the Kurzweil Singularity Index.

Most Recent Government Activity: 1 day ago