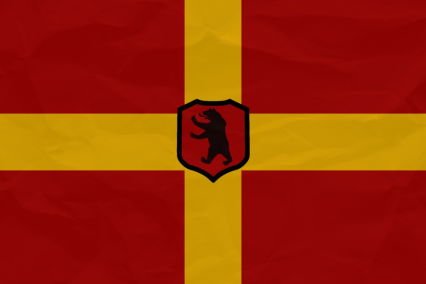 The People's Republic of Bekrut is a massive, safe nation, ruled by Hayrenik Greka with an even hand, and remarkable for its compulsory military service, punitive income tax rates, and devotion to social welfare. The compassionate, devout population of 3.058 billion Bekrutians have some civil rights, but not too many, enjoy the freedom to spend their money however they like, to a point, and take part in free and open elections, although not too often.

The enormous government juggles the competing demands of Administration, Education, and Healthcare. It meets to discuss matters of state in the capital city of Medvedak. The average income tax rate is 91.6%, and even higher for the wealthy.

The frighteningly efficient Bekrutian economy, worth 336 trillion Otmeks a year, is driven entirely by a combination of government and state-owned industry, with private enterprise illegal. The industrial sector, which is quite specialized, is led by the Information Technology industry, with major contributions from Trout Farming, Tourism, and Book Publishing. Average income is an impressive 110,022 Otmeks, and distributed extremely evenly, with little difference between the richest and poorest citizens.

The nation has opened its arms to an influx of refugees, genocide is seen as a topic best avoided in history lessons, the nation grinds to a halt on the anniversary of every marginally noteworthy event, and politicians accost strangers in the street to ask their problems. Crime, especially youth-related, is totally unknown, thanks to a very well-funded police force and progressive social policies in education and welfare. Bekrut's national animal is the Bear, which frolics freely in the nation's many lush forests, and its national religion is Dovanism.

Bekrut is ranked 29,179th in the world and 735th in the South Pacific for Most Efficient Economies, scoring 97.21 on the Krugman-Greenspan Business Outlook Index.