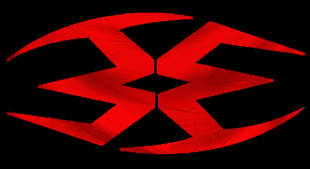 We Are Many, Among So Very Few

The Dread Empire of Automagfreek is a gargantuan, cultured nation, ruled by Lord Damien Dreadfire II with an even hand, and notable for its unlimited-speed roads, public floggings, and keen interest in outer space. The hard-nosed, hard-working, humorless population of 39.282 billion Freeks have some civil rights, but not too many, enjoy the freedom to spend their money however they like, to a point, and take part in free and open elections, although not too often.

The medium-sized, corrupt government is dominated by the Department of Defense, although Law & Order and Industry are also considered important, while Environment and Social Policy receive no funds. It meets to discuss matters of state in the capital city of ULE City. The average income tax rate is 98.1%.

The frighteningly efficient Freekish economy, worth an astonishing 16,059 trillion marks a year, is broadly diversified and led by the Arms Manufacturing industry, with significant contributions from Automobile Manufacturing, Uranium Mining, and Book Publishing. Average income is an amazing 408,814 marks, with the richest citizens earning 6.6 times as much as the poorest.

Lord Damien Dreadfire II has taken to wearing medal-adorned military uniform in all public appearances, citizens who fail to follow the official national religion are executed, peace talks occasionally rack up a higher body count than the wars they seek to stop, and the people consider response to rudeness to be an acceptable casus belli. Crime, especially youth-related, is totally unknown, thanks to a capable police force and progressive social policies in education and welfare. Automagfreek's national animal is the Piranha, which teeters on the brink of extinction due to heavy metals seepage into national waterways, and its national religion is Vanmakt.

Automagfreek is ranked 244,941st in the world and 27th in Gholgoth for Most Beautiful Environments, with 1.48 Pounds Of Wildlife Per Square Mile.