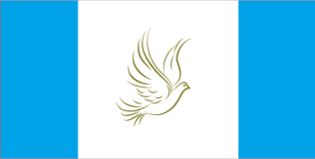 Through peace we are strong!
WA Member

The Peaceful Republic of Anollasia is a gargantuan, environmentally stunning nation, ruled by Prime Minister Grace Penelope with a fair hand, and renowned for its parental licensing program, anti-smoking policies, and stringent health and safety legislation. The compassionate, democratic, cheerful population of 17.948 billion Anollasians love a good election, and the government gives them plenty of them. Universities tend to be full of students debating the merits of various civil and political rights, while businesses are tightly regulated and the wealthy viewed with suspicion.

The large, outspoken government prioritizes Education, with Environment, Healthcare, and Social Policy also on the agenda, while Spirituality and Defense aren't funded at all. It meets to discuss matters of state in the capital city of Jefferton. The average income tax rate is 97.0%.

The frighteningly efficient Anollasian economy, worth a remarkable 3,582 trillion anollas a year, is highly specialized and mostly made up of the Tourism industry, with significant contributions from Book Publishing. State-owned companies are common. Average income is an impressive 199,623 anollas, and distributed extremely evenly, with practically no difference between the richest and poorest citizens.

Lending money has become a major liability, troublemakers boast about how many times they have to visit their therapist, consumption of cat memes has skyrocketed, and the acceptance of acupuncture and other alternative therapies has needled the scientific community. Crime is totally unknown, thanks to a capable police force and progressive social policies in education and welfare. Anollasia's national animal is the dove, which soars majestically through the nation's famously clear skies, and its national religion is none since the nation is secular.