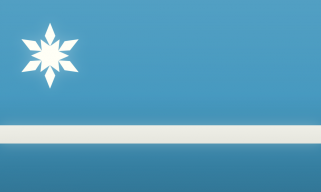 The Scientific Protectorate of Alcubierre is a gargantuan, safe nation, ruled by Lord Tau with a fair hand, and renowned for its anti-smoking policies, irreverence towards religion, and punitive income tax rates. The hard-nosed, hard-working, democratic population of 17.914 billion Alcubierreans enjoy a sensible mix of personal and economic freedoms, while the political process is open and the people's right to vote held sacrosanct.

The enormous government prioritizes Defense, although Healthcare, Law & Order, and Environment are also considered important, while Spirituality is ignored. It meets to discuss matters of state in the capital city of Eureka. The average income tax rate is 67.3%, and even higher for the wealthy.

The strong Alcubierrean economy, worth 791 trillion Credits a year, is quite specialized and dominated by the Information Technology industry, with significant contributions from Pizza Delivery, Trout Farming, and Basket Weaving. Black market activity is notable. Average income is 44,158 Credits, and evenly distributed, with the richest citizens earning only 2.5 times as much as the poorest.

Alcubierre's leader goes out to lunch surrounded by large men in dark glasses, pregnancy is being used by teenage girls as a quick way to making pocket money, Secular Humanism has been named as Alcubierre's national religion, and Lord Tau has been known to threaten dissenting citizens with a machine gun at press conferences. Crime is relatively low, thanks to a very well-funded police force and progressive social policies in education and welfare. Alcubierre's national animal is the Penguin, which is also the nation's favorite main course, and its national religion is Secular Humanism.

Alcubierre is ranked 153,908th in the world and 205th in Wintreath for Largest Gambling Industry, scoring 196.41 on the Kelly Criterion Productivity Index.

Most Recent Government Activity: 41 days ago