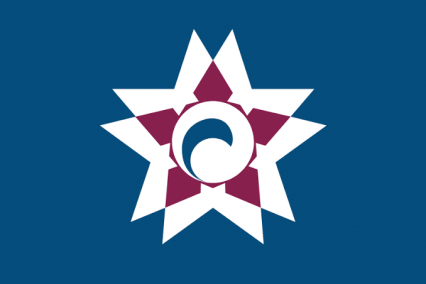 The Nomadic Peoples of Ainu Onpekotope is a massive, socially progressive nation, ruled by Asirpa Sugimoto with an even hand, and remarkable for its museums and concert halls, ritual sacrifices, and frequent executions. The compassionate, democratic, devout population of 1.904 billion Utari have some civil rights, but not too many, enjoy the freedom to spend their money however they like, to a point, and take part in free and open elections, although not too often.

The large government juggles the competing demands of Administration, Education, and Welfare. It meets to discuss matters of state in the capital city of Nopperabô. The average income tax rate is 57.9%, and even higher for the wealthy.

The Ainu economy, worth 93.0 trillion golden kamuys a year, is quite specialized and led by the Trout Farming industry, with major contributions from Pizza Delivery, Book Publishing, and Cheese Exports. State-owned companies are common. Average income is 48,867 golden kamuys, and evenly distributed, with the richest citizens earning only 2.2 times as much as the poorest.

Economists have been named Invertebrates of the Year, Brancaland has gifted over nine thousand putrid moose carcasses to Ainu Onpekotope as a reminder of their "special relationship", charity workers dole out hardtack from behind designer sunglasses, and surrealist houses shaped like mushrooms and volcanoes dominate the wealthiest neighborhoods. Crime, especially youth-related, is totally unknown. Ainu Onpekotope's national animal is the repun kaioga whale, which frolics freely in the nation's sparkling oceans.

Ainu Onpekotope is ranked 209,630th in the world and 66th in Yuno for Largest Timber Woodchipping Industry, scoring -5.48 on the Tasmanian Pulp Environmental Export Index.