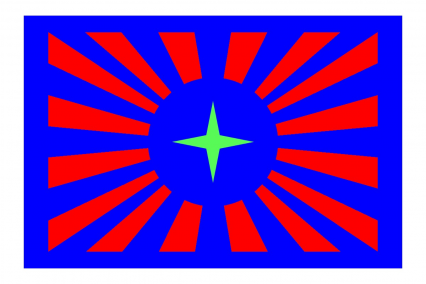 The Grand United Kingdom of -Dragonland is a massive, cultured nation, ruled by King Firebreath with a fair hand, and notable for its ban on automobiles, irreverence towards religion, and stringent health and safety legislation. The compassionate, democratic population of 1.791 billion Dragons love a good election, and the government gives them plenty of them. Universities tend to be full of students debating the merits of various civil and political rights, while businesses are tightly regulated and the wealthy viewed with suspicion.

The enormous, socially-minded, outspoken government juggles the competing demands of Welfare, Education, and Administration. It meets to discuss matters of state in the capital city of Dragon City. The average income tax rate is 67.6%, and even higher for the wealthy.

The sizeable but stagnant Dragon economy, worth 19.9 trillion chili peppers a year, is driven entirely by a combination of government and state-owned industry, with private enterprise illegal. However, for those in the know, there is a slick, highly efficient, quite specialized black market in Beef-Based Agriculture, Basket Weaving, Pizza Delivery, and Woodchip Exports. The private sector mostly consists of enterprising ten-year-olds selling lemonade on the sidewalk, but the government is looking at stamping this out. Average income is 11,085 chili peppers, and distributed extremely evenly, with practically no difference between the richest and poorest citizens.

The military is researching proton packs and PK-meters to combat "unseen enemy forces", scavengers with burlap sacks and shovels skulk around graveyards, excessive wheelchair ramps on government buildings have been compared to theme park attractions, and arms manufacturers and mild-mannered journalists have been outed as superheroes. Crime, especially youth-related, is totally unknown. -Dragonland's national animal is the dragon, which soars majestically through the nation's famously clear skies, and its national religion is Dragon Agnosticism.

-Dragonland is ranked 250,493rd in the world and 370th in Wintreath for Most Efficient Economies, scoring 3.62 on the Krugman-Greenspan Business Outlook Index.